Can Help Others In Crisis Experience Stability

COVID-19: Due to the National Lockdown currently in force, we can only take enquiries via email or our contact form.

Regan Graham is wanting to take on the Coast to Coast Challenge of running 84 miles, Bowness-on-Solway to Wallsend to raise awareness and funds for our Community-based Mental Health Project.

Throughout talks in part preparation of the challenge Regan has become familiar with Choices4Growth’s aims and ethos and supports all that we strive to achieve. We thought we would use this opportunity to share a little about Regan and how he became involved with our organisation. 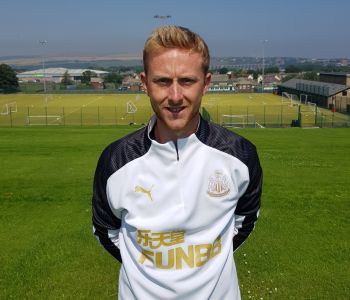 Regan initially met Jacqui when he began delivering the Kick Programme within two local schools; Tweedmouth Prior Park First School and Tweedmouth Community Middle School. Choices4Growth provide, support, one to one counselling and drop in sessions for the whole school community in TPPFS every Tuesday and Wednesday and in TCMS every Thursday and Friday (when schools re-open).

Regan was born in Berwick upon Tweed and attended local schools. He then went on to further education at Newcastle College and Northumbria University, where he obtained a Sports Coaching Degree. Throughout his school days Regan was always interested in sport and expressed his love of football. He works as a sessional member of staff with the Newcastle United Football Foundation delivering programmes such as Primary Stars, Dementia and Kicks Programme which gives young children the opportunity to play football on a weekly basis.

“The link we are making is really important, with myself working for Newcastle United Foundation we are working with so many different people on a regular basis to support them and develop them as people and I recognise the same aims and aspirations within Choices4Growth”

Alongside delivering NUFF programmes Regan also plays football for Tweedmouth Rangers in the East of Scotland League. So always exercising regularly. When not playing football Regan uses his local Leisure Centre to keep up his fitness level in their gym. It was in the Swan LC in Berwick that Regan took on his first charity challenge. He ran 300 miles on the tread mill raising funds for Cancer Research.

Choices4Growth support the belief that looking after your physical health can have positive mental health benefits, however, if you don’t already exercise you should always consult your GP first for their advice.

Unfortunately the challenge has had to be postponed as a result of the Coronavirus Outbreak. However Regan is still training hard and is excited to set off when he can;

“Over the next few weeks I intend to get as many miles as I can in under the circumstances and guidelines and continue to train, and look forward to completing the Coast to Coast whenever we can get it done as a team”

A counselling service for the whole community